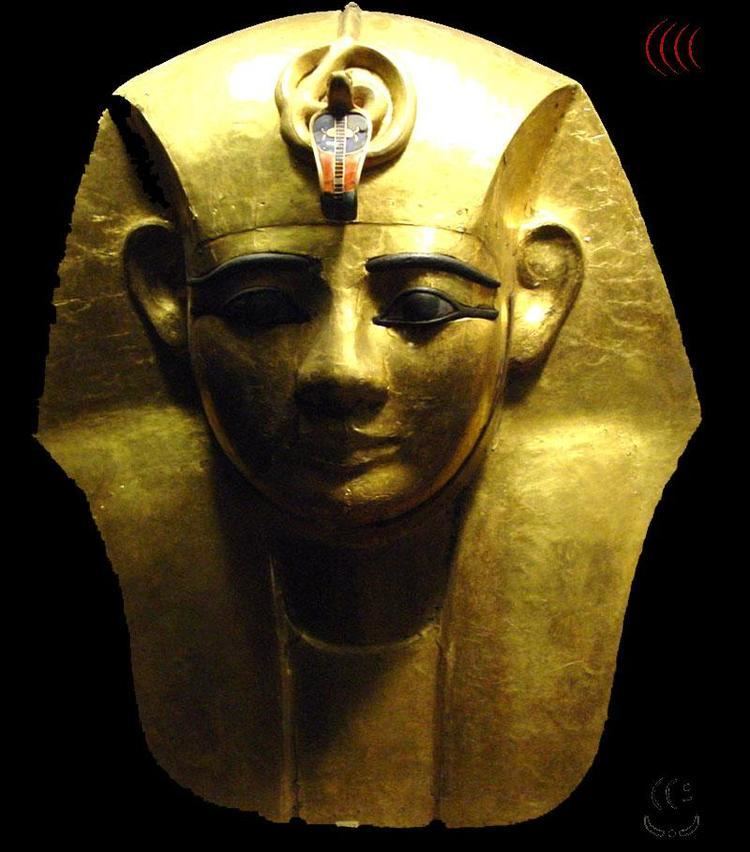 Third Transitional Period (ok. 1085-656 p.n.e.).
Under the rule of the 21st Dynasty, Egypt actually split into two organisms. So there were two centers of power – on the north, in Tanis, where the descendants of Smendes ruled, and in the south, where the high priests of Amun ruled in Thebes – successors of Herhor. Both lines considered themselves rightful rulers, and they are collectively referred to as the 21st Dynasty. At the coma of the period, new ones appeared, powerful rulers. Hailing from Bubastis in Delta Sheshonq I and his descendants founded the XXII Dynasty, called Libyan. Between them and the princes of Thebes, considering themselves the XXIII Dynasty, there was a civil war, which the southern neighbors of Egypt took advantage of, The Kushites (Nubians), briefly conquering the Egyptian throne and founding the XXTV-Kuszyce dynasty. The internal situation became complicated, because at times there were several centers of power.
The Divine Wives of Amun ruled in Thebes, priestesses endowed with almost pharaonic powers, which were most often sisters or daughters of the rulers of the Libyan dynasty, and Kuszycka, and their successors were chosen by adoption. This is one of the least known periods in the history of Egypt, hence some controversial researchers, as David Rohl, they think, that it should be shortened and thus the chronology changed. The weakness of the government in Egypt provoked its neighbors to invade: Nubian King Pie (Pianchy) conquered Memphis, and his brother Shabaka took over Delta and proclaimed himself ruler of all Egypt. 25 dynasty – Nubian - consolidated the crumbling state, and Amon became a state god again. Numerous buildings have survived from this period, like the Taharki kiosk in Karnak. Meanwhile, Egypt was threatened by the Assyrians from the Northeast, who invaded the country, they took over the north from Memphis and sacked Thebes. The Nubian ruler left Egypt and fled to Nubia. Thus ended the Third Interim Period.

Late Period (ok. 565-332 p.n.e.).
In northern Egypt, Assyrian influence was already marked in a previous epoch. Some of the Delta monarchs recognized its hegemony, which lasted until the moment, when the Assyrians, themselves threatened by the Babylonian invasion, they had to withdraw.
Their deputy from Sais, Necho I, he founded the XXVI dynasty – saicka, whose rulers deliberately appealed to the power of the Old Kingdom.
This is the last great period of civilization on the Nile, when sea expeditions and navigation along the canal connecting the Nile with the Red Sea set the directions of future times. The Pharaohs went to the Middle East, to show, that it is their area of ​​influence, which, however, awoke the slumbering lion – Babylonians. And although Psametik II managed to strengthen the state, the end was fast approaching, and the real danger was coming from Persia. Amazis, one of the commanders of Psametik, seized power from the weak Apries and tried to keep the country safe from the Persians, but he made the wrong alliances. Persian invasion of 526 r. p.n.e. ended with the capture of Egypt, but Amazis has lived through it now. Thus began the reign of foreign rulers. The Persian kings introduced strong-arm rule. They were officially considered Egyptian pharaohs (27 dynasty), for they built and restored the temples, so their rule provoked opposition and bloody suppression. During the reign of Artaxerxes II, the occupation power in Egypt weakened due to internal struggles in Persia, which Amyrtajos of Sais took advantage of, who won his freedom on 60 lats. Little is known about this only representative of the XXVIII dynasty, even his throne name is unknown. His son, due to his father's faults unknown today, could not succeed him and had to give way to the rulers of Mendes in the Delta (XXIX dynastia), prevailing 20 years, who had to deal with the invasions of Persian troops. It's hard to prove, are you sure Nektanebo I, son of a soldier of Sebennytos, won the throne by political murder. He founded the XXX dynasty, prevailing in Egypt up to 341 r. p.n.e., when the country succumbed to the Persian invasion. Against Artaxerxes III, Nectanebo II was defeated and retired to Nubia, seat, that he would still come back. He died in a foreign country. Persians ruled the country until the time of Alexander the Great.

Ptolemaic period (330-30 p.n.e.).
Alexander captured Egypt actually by the way. He was treated as a savior from Persian captivity, and the coronation of Pharaoh was a bow to his new subjects. The visit to the oracle of Amon in Siwa marked the direction of further conquests. And although he never returned to Egypt, he left a memento – new town, Alexandria. The new rulers of the Ptolemaic dynasty moved to her, ruling the country up to 30 r. p.n.e., when Cleopatra VII committed suicide. Macedonian rulers, better or worse integrated with Egypt, they created a state on the Nile, where Egyptian traditions existed alongside Hellenic influences. Alexandria with its library, science, art and literature has become the cultural capital of the Mediterranean. And although in the middle of the second century. p.n.e. Egyptian kings stopped deciding on the direction of foreign policy, the Ptolemaic state was famous for its wealth. Dreams of power, that Cleopatra dreamed of, had no chance of implementation, because someone else had already dealt the cards – Rome. And even the help of Julius Caesar or Mark Antony could not turn back the course of history.