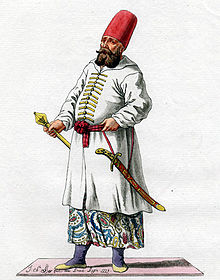 Mamelucy (1250-1517). The Mamlukes were military commanders, descended from slaves from the Caucasus and the Kipchat steppes. They seized power from the hands of the Ayyubid sultans and by almost 300 they ruled on the Nile for years. Theoretically, the throne was not hereditary, and a successor was chosen for merit. In fact, power was seized, using the conspiracies and murders of his predecessors. The Mamluks of Turkish origin were incorporated into the Bahrit unit – "Defending the river", that is, the Nile, while the Circassians from the Caucasus joined the bourgeoisie, "Defending the citadel".
Dynastię Bahrytów (1250-1382) founded Qalawun, who poisoned the successors of Baybars and won the throne. He was an enlightened ruler, capable of making alliances with the rulers of Europe, and at the same time taking care of trade with distant China. His son drove the crusaders out of the last castle – Akki (1291). Mohammad al-Nasir (1294-1340), just like my father was a great builder and politician. He managed to conclude a treaty with the Mongols and maintain good relations with Europe. Conflicts between his heirs and the Mamluk factions contributed to the weakening of the state.
W 1382 r., when the Mongol invasion began to approach the borders of Egypt, power in Cairo was seized by Barquq (1382-1399), chief of the bourgeoisie. He imposed enormous taxes on his subjects, to finance quick reinforcements. Derelict economy could not cope with another famine and plague epidemic for his son Farag (1399-1405), not until Barsbey's rule (Barsbeja; 1422-1437) stabilized the situation somewhat. The reign of Qajtbey brought a temporary improvement (Qajtbej; 1468-1495), but his construction plans were putting too much pressure on an unstable budget. Sułtan Al-Ghuri (1501-1516) he lived to see times, when Mediterranean trade collapsed – Vasco da Gama sailed around Africa from the south. The potential of a country based on a monopoly of trade with the Far East has run out.

The period of the Ottoman Turks (1517-1805). Meanwhile, the Ottoman Turks set off for Egypt. Al-Ghuri got in their way and was killed in the battle, and his successor, Tumanbey (Tumanbej), was captured and executed in Cairo in 1517 r. The country has become a distant province of the High Port. Despite the Turkish authorities, the Mamluks maintained their important position in the state. The managers were called feed and were in charge of tax collection and peace of mind. Cairo continued to be an important religious center, cultural and commercial. The Mamluk army kept order, and ever stronger military commanders – gods – they inhibited the fodder. Over the years, Turkey itself became a colossus on clay legs and barely kept its vast territory entirely. At the beginning of the 18th century. Egypt has been hit by epidemics and natural disasters. Corruption of administrators, collapse of trade, neglected irrigation channels, the poverty of the farmers, disaster of cities and towns: this was the land on the Nile, when European travelers came to him, followed by Napoleon.
France and Great Britain competed for Egypt, for it stood in the way of India. The emperor's fleet landed in 1798 r. to the port of Alexandria, where the revolutionary leader appeared as a liberator from the Mamluk yoke. He began his proclamation with the words bismillah ("in the name of God") and he did not deny his intention to convert to Islam. In fact, it was about reassuring the people of Egypt and taking over the country quickly and bloodlessly, to then open the way to India. After winning the so-called. the battle of the pyramids and the capture of Cairo, French troops chased the Mamluk troops to the south. Scientists went with the military, which Napoleon took: took notes, they were drawing and looking for a lost civilization, initiating a kind of fashion for Egypt. The British and the Turks did not allow Napoleon's dreams to come true. The defeated French had to withdraw from Egypt, leaving behind all the finds, including the Rosetta Stone (black granite stele with an inscription carved in 196 r. p.n.e., found in 1799 r. during Napoleon's expedition to Egypt), The British.

The reign of Mohammed Ali and his successors (1804-1914). When the French left Egypt, An officer of the Turkish army seized power in the country, Albanian by origin, Mohammed Ali, which in the post of pasha was approved by 1805 r. Turkish sultan. He is considered the founder of modern Egypt. First, he dealt with the Mamluks, whom he invited to a feast at the citadel, and then ordered to be murdered. During his reign, irrigation canals were renovated, restoring lost farmland to agriculture, the first industrial plants were also built. Said Pasha signed a permit to build the Suez Canal, which ended in 1869 r., when the Kedive of Ismail was in power. Unfortunately, reform activities were associated with considerable costs and the state fell into huge debts. Ismail was forced to sell his share of the channel to the British government – henceforth the British usurped the right to decide the fate of Egypt.