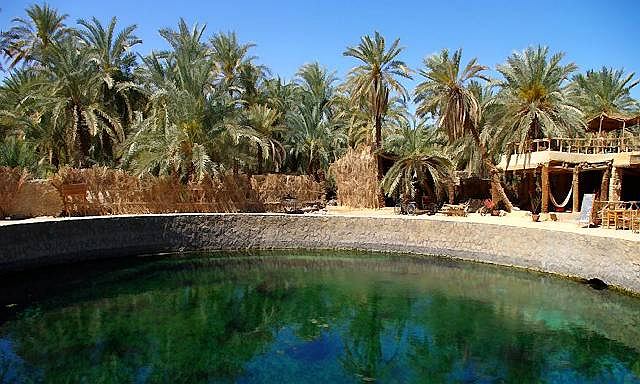 For centuries, oases were green islands longed for by caravans across the desert. Palm trees provided shelter from the sun and the water quenched the thirsty, weary travelers.

Together with the surrounding desert, the oases constituted a land unknown and mysterious to the Egyptians, which the god of the dead ruled, Ozyrys. Nevertheless, the inhabitants of ancient Egypt found profits, what they can draw from this inhospitable area – in small settlements between the dunes, precious stones were mined and expensive spices were grown.

Today, oases are mainly a tourist attraction and profit mostly from tourists' money, though not only – agriculture continues to develop in them, and the harvest is even harvested 3 times a year. Bedouins living in oases organize numerous attractions for travelers in the form of games and folklore performances, which are worth seeing not only because of the charming atmosphere of the oases, in which it appears, that time has stood still and almost nothing has changed for ages.