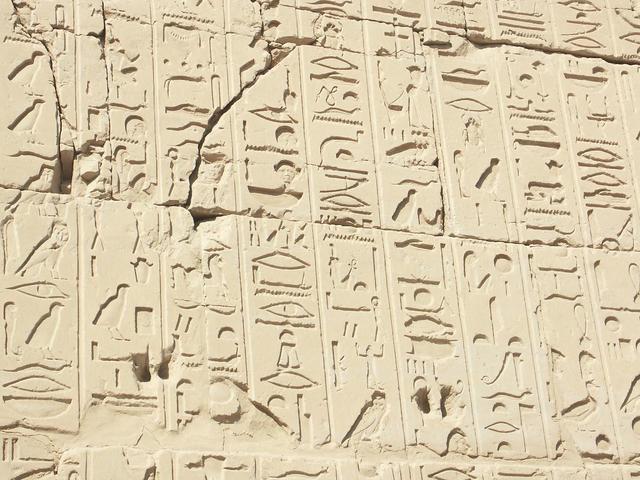 Egypt is the oldest country in the world with a recorded and documented history. Egyptian civilization has survived for over three thousand years. Thirty Egyptian dynasties ruled over the centuries. Later, Egypt came under Greek rule, and then the Arabs.
The origins of Egyptian history go back to 10 000 years BC. During this period, traces of the existence of nomadic tribes in the Sahara appeared – rock carvings and paintings. It is here that the world's oldest writing system was created – hieroglify. As a result of the territorial expansion on the Nile, two rival societies were created living in the Nile delta (Lower Egypt) and in the south (Upper Egypt).

The history of ancient Egypt was divided into nine periods:

Archaic period (ok.3100-2686p.n.e.)
The period of the formation of the state, in which various aspects of Egyptian culture took shape.

Old State (2686-2181p.n.e.)
Memphis the capital of Egypt, at that time the pharaohs ruled, who raised the pyramids.

Late Era (747-332p.n.e.)
Simultaneous reign of rival dynasties in Thebes and Delta. Egypt comes under the rule of the Kushites.

District of Grecko-Rzymski (332p.n.e.-395r.)
The conquest of Egypt by Alexander the Great and then the transition to the rule of the Roman Empire.
:: The modern history of Egypt begins with 395 year:

Modern history (395r.-now)
Egypt became part of the Byzantine Empire, then it came under the rule of the Islamists, it was conquered by the Ottoman Empire and came under the rule of the Mamlukes. At the beginning of the 19th century, Napoleon tried to conquer it, in the 20th it came under British occupation, until it finally became independent in the second half of the 20th century, an independent state – The Arab Republic.

Pre-dynastic period (ok. 6000–ok. 3100 p.n.e.)
Late Paleolithic and Neolithic period, when there was no uniform Egyptian culture yet, and in the territory of present-day Egypt, various sedentary and agricultural sectors developed, minor cultures. Badari and Tasa cultures were found in the Nile valley, and in the wider area of ​​culture, Nagada I and II, whose name comes from the town of Nagada, where archaeological excavations were carried out. The features of a hierarchically organized society had already begun to emerge in the Naqada I culture, and Naqada II also began to maintain contacts with other countries and spread to the entire Nile valley and its delta.

The reigns of the 1st and 2nd dynasties, of which the rulers tried to subjugate the neighboring lands of Nubia, Libya and Lebanon, to ensure the delivery of the missing goods - cedar wood, precious stones and building materials.

The first ruler of South Egypt was the man known as Scorpio, who has conquered the North, but he did not extend his power there, and ultimately his state extended farthest to the town of Tura. He was succeeded by Narmer (Menes), first king of the 1st dynasty, which made the unification of Lower and Upper Egypt. The royal residence was initially This (Tis, Tinis), then converted to Memphis, one of the largest and most important centers of ancient Egypt. This probably happened during the reign of Menes or his successor Aha.

Technology developed significantly during this period, art and hieroglyphs, copper began to be widely used and ornaments made of gold and ivory began to be made. The religious beliefs of the Egyptians also developed – the ruler was considered to be the incarnation of the god Horus, who ruled through him. Narmer palettes, Egypt The Narmer Palette also comes from this period, depicting battle scenes, which is the first manifestation of the so-called. the Egyptian canon in art. On other pallets, assembled with decorative clubs in temples, images of naked women and animals were also depicted, ships with flags, hunting and battle scenes, thus, the subject matter has clearly expanded compared to previous periods.

In addition, in Upper Egypt, decorative ceramics were almost completely abandoned in favor of wall paintings, for which creation has started to be used no longer, as before, one color, but three – white, black and red. Sculptural art also developed, in which statuettes depicting animals and women were most often created.

The period of reign from III to VI dynasty, often called the age of the pyramid builders. It was during this period that the world-famous such monumental buildings as the mastabas were built, temples and of course the pyramids, the first of which was the stepped pyramid of Pharaoh Djoser in Saqqara, designed by Imhotep. The next ones were the Cheops pyramids built by the rulers of the 4th dynasty, Khafre and Mykerinos in Giza. pyramid of Danger, Egypt

Prosperity reigned in Egypt during this period, crafts and trade developed dynamically, art flourished and finally a canon was formed in it, all Egyptian customs also developed, rites and religious system. Pharaoh dated the rank of Boga, he was worshiped and worshiped by all of society. Religion and politics intertwined, but the role of priests was not yet so great, as in later periods. During the 5th Dynasty, the sun god Re became the most important of the Egyptian gods, czczony w Heliopolis, and the ruler was recognized as his son. After the death of Pharaoh, he was personified with the god of fertility and the ruler of the underworld, Osiris.

At the end of the Old Kingdom, the rise of the aristocracy caused social unrest and the fall of royal power.

It was a time of great social changes, demolishing old structures, chaos. Gradually, the religious and political position of the pharaoh in the state was weakening, and local officials - the nomarchs - began to play an increasingly important role. There was a collapse of royal power and the disintegration of the state into districts, especially in Lower and Upper Egypt. It was then that the pyramids were plundered for the first time, royal statues and tombs were destroyed and devastated, and works of a pessimistic nature dominated in art and literature.

During this period of the 11th and 12th Dynasties, Egypt was able to reunite and rebuild the old order. It was mainly done by Mentuhotep II, who made the capital of the state of Thebes. Trade with Mesopotamia continued to flourish, Cyprus, Crete, and crafts, trade routes were maintained, new resources were obtained. Science and technology flourished, great fortresses were built. There has been a return to the canon in art, but images of rulers became more realistic. Works such as the mortuary temple of Mentuhotep II in Deir el-Bahari or the pyramids in the Fayoum area also come from this period., and from the literature, The Sarcophagi Texts and Teachings of King Amenemhat. painting, Egypt

Pharaoh Amenemhat I again moved the capital of the state to Memphis, and the rulers of the XII Dynasty conquered Nubia and maintained numerous military posts on the Sunay Peninsula, to protect and exploit copper and turquoise mines. Pharaoh Senuseret III made an expedition to Palestine and kept his strong influence there, he carried out administrative reforms and strengthened central power, limiting the influence of governors in provinces.

So Egypt's power grew steadily, especially internationally, until the end of the XIII Dynasty. Then the state began to lose its internal and external power, riots and local fights began. New arrivals from Asia began to emigrate through peaceful migration, which was an announcement of foreign rule in Egypt in the so-called. Second Intermediate Period.

During these years, Egypt, weakened by internal struggles and the loss of Nubia, Sinai and Palestine, was conquered by the Hyksos tribes. They probably descended from the Asiatic settlers in the eastern Nile Delta and controlled most of Lower and Central Egypt. There were two, parallel dynasties (XV i XVI), with whom numerous wars were fought by the Theban rulers of the 17th Dynasty, enjoying considerable independence in Upper Egypt. The fighting ended and the country of Ahmose was reunited, founder of the eighteenth dynasty, which Awaris won, the great Hyksos stronghold.